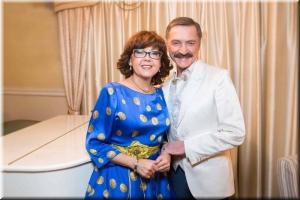 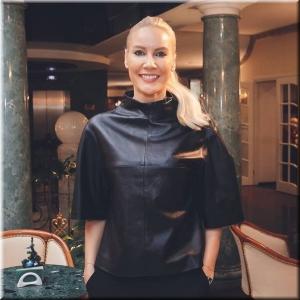 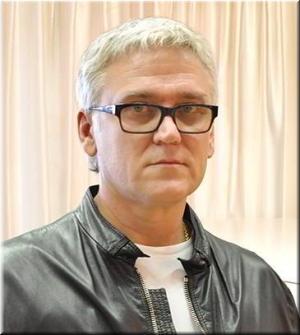 Pskov is an ancient city and the administrative center of Pskov Oblast, Russia, located in the northwest of Russia about 20 kilometers east from the Estonian border, on the Velikaya River. Pskov is one of the most interesting Russian cities. Its history and beauty are magnificent; its life is full of quiet dignity.

Pskov is a city-state, a medieval republic of Veche (Popular Assembly), and an impregnable stronghold that anciently safeguarded the North-Western borders of our country. The waterway was a part of the great merchant route «From the Varangian to the Greek». Pskov was first mentioned in the chronicle "The Tale of Bygone Years" in the year 903 in connection with the full age of the Kievan Prince Igor Rurikovich. He "had been getting the tribute after Oleg and the people obeyed him and brought him a wife from Pskov, whose name was Olga". The legend describes how romantic meeting of Olga and the young prince on the Vybuty ferry was, when he was hunting.

Ancient chronicles contain the following names Pleskov - Plskov - Pskov which remind us of the name of the town itself. Modern linguists reject the interpretation connected with the notions:"sands", "splashes" etc. The Polish linguist S. Rospond classes Pskov with the group of topographic names of settlements, going far back to the Preslavonic root bljsk (meaning "shine", "sparkle") But on the whole, the origin of the name "Pskov" is still under discussion.

From the first reference in the «Povest Vremennykh Let» (Tales of Bygone Years) eleven centuries have passed. Pskov keeps close to the top of the European list as of the richness in monuments, architectural and archaeological before all, being an abundant treasury of Russian culture. The rarest samples of Old Russian architecture have survived till nowadays: fortresses, housing, and churches, as well as monumental painting. A special trait of Pskov is its being a museum town, whose buildings are exhibits in themselves. The Our Savior Transfiguration cathedral of Mirozhskiy monastery is called a gem of Russian culture, and UNESCO enrolled it into the list of the world heritage. It was built in the XII century and decorated by the Byzantine artists.

In Pogankiny Palaty (Chambers), there is a largest collection of icon painting recognized as world-important. At the city outskirts, in an underground necropolis of Svyato-Uspenskiy Pskovo-Pecherskiy monastery established in the XV century, the remnants of monks have found their rest, as well as worldly persons from many famous Russian families - Tatishchevs, Kutuzovs, Musorgskiys, Pushkins. Pskov grounds are inseparably linked to the life and creative activity of the outstanding figures of Russian and global culture: Russian poetical genius A. Pushkin, composers M.Musorgskiy and N.Rimskiy-Korsakov. 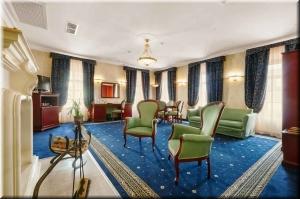 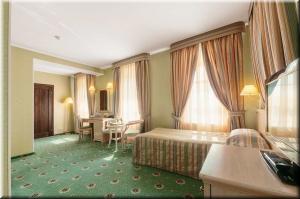 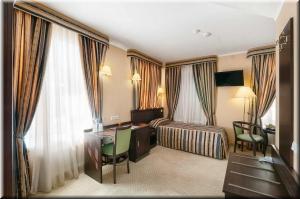 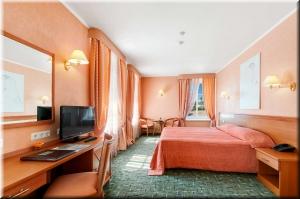 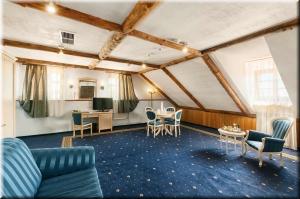 For guests of the Old Estate Hotel there is a wonderful breakfast buffet option. Every day from 8 to 11 am you can have a hearty, tasty and generous breakfast. The variety of dishes will surprise the most tempted guest, and the attentive staff will make your breakfast comfortable and relaxing. We are waiting for you at the Old Estate Hotel & SPA...